Thinking about Race and Ethnicity in Imperial China 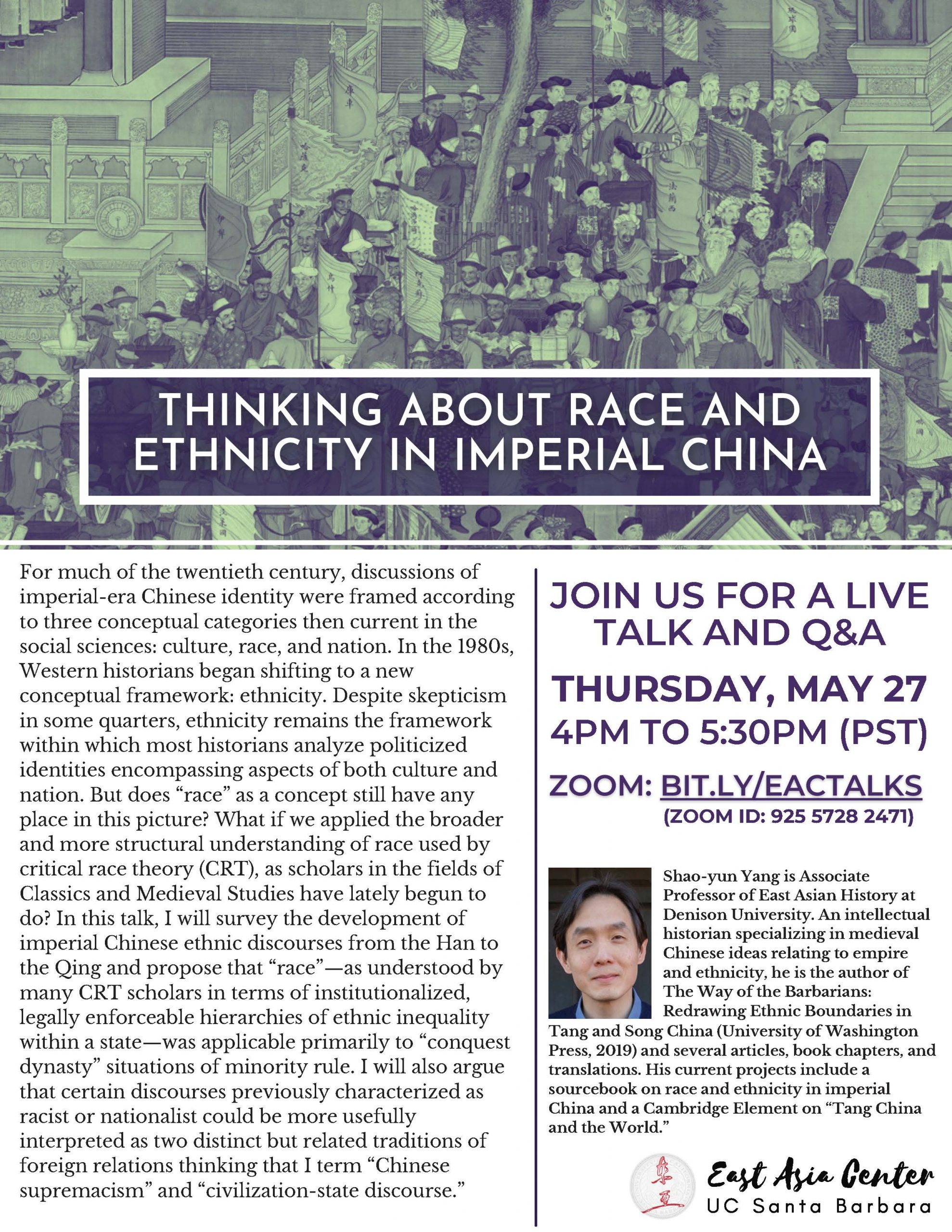 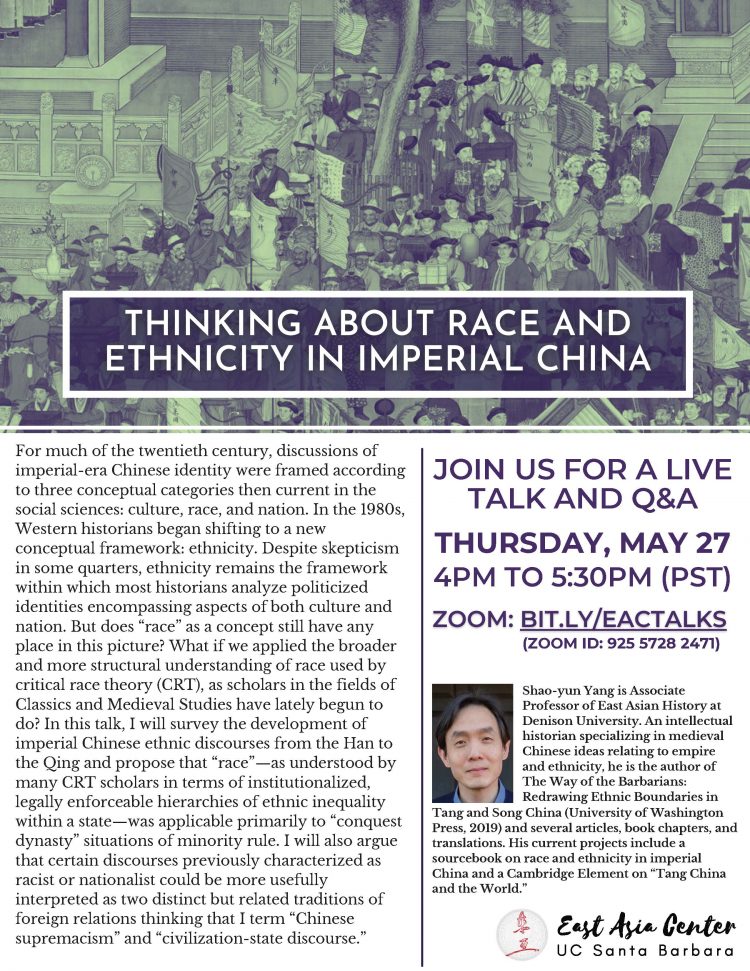 For much of the twentieth century, discussions of imperial-era Chinese identity were framed according to three conceptual categories then current in the social sciences: culture, race, and nation. In the 1980s, Western historians began shifting to a new conceptual framework: ethnicity. Despite skepticism in some quarters, ethnicity remains the framework within which most historians analyze politicized identities encompassing aspects of both culture and nation. But does “race” as a concept still have any place in this picture? What if we applied the broader and more structural understanding of race used by critical race theory (CRT), as scholars in the fields of Classics and Medieval Studies have lately begun to do? In this talk, I will survey the development of imperial Chinese ethnic discourses from the Han to the Qing and propose that “race”—as understood by many CRT scholars in terms of institutionalized, legally enforceable hierarchies of ethnic inequality within a state—was applicable primarily to “conquest dynasty” situations of minority rule. I will also argue that certain discourses previously characterized as racist or nationalist could be more usefully interpreted as two distinct but related traditions of foreign relations thinking that I term “Chinese supremacism” and “civilization-state discourse.”

Shao-yun Yang is Associate Professor of East Asian History at Denison University. An intellectual historian specializing in medieval Chinese ideas relating to empire and ethnicity, he is the author of The Way of the Barbarians: Redrawing Ethnic Boundaries in Tang and Song China (University of Washington Press, 2019) and several articles, book chapters, and translations. His current projects include a sourcebook on race and ethnicity in imperial China and a Cambridge Element on “Tang China and the World.”