Religiosity and the History of Ideas Emphasis 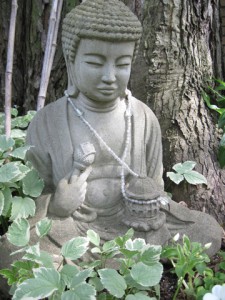 This specialty constitutes the history and contemporary developments of various forms of religiosity and discursive formations in East Asia, including Buddhism, Confucianism, Shinto, Daoism, and popular religions. The study of these religious traditions is based on examining historical and doctrinal religious texts, the role of religious clergy and ritual specialists, rituals and religious performances, state policies, the structure and financing of religious institutions, and fieldwork on the sacred sites and rituals of lay followers. It also investigates conceptualizations of the “sacred,” such as social attitudes and representations of the “sacred,” and interactions with sacred persons, objects, and spaces. In addition, the study of the history of ideas addresses intellectual and philosophical discourses and systems of representation in East Asia, including but not limited to, those formulated within religious traditions, such as ethics, politics, subjectivity, gender, and the structuring of everyday life.