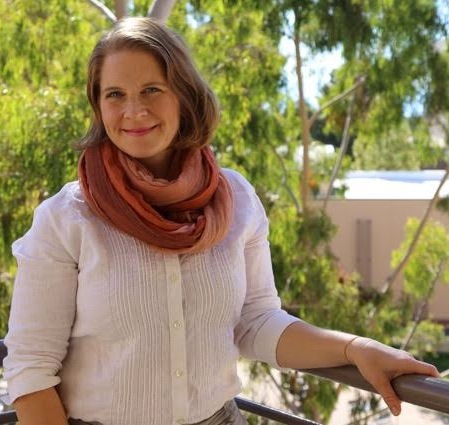 ann-elise lewallen’s research focuses on critical indigenous studies, energy policy, gender studies, intersectionality, and environmental justice in the context of contemporary Japan and India. She is also concerned with ethnographic research ethics and issues of knowledge construction in relation to host communities.

In her newest book, The Fabric of  Indigeneity: Ainu Identity, Gender and Settler Colonialism in Japan (School for Advanced Research Press and University of New Mexico Press, 2016), lewallen analyzes indigenous Ainu women’s use of cultural production as an idiom of resistance against ongoing Japanese settler colonialism and for trans-generational cultural revival initiatives across the Ainu community. In the book, she explores how Ainu women forge identities to demonstrate cultural viability, by tracking their efforts to both produce and preserve material arts as a way of memorializing ancestors and recuperating self-worth. Ainu women’s strategies to reinscribe traditional gender-complementary labor, she argues, enable network-building with indigenous women globally, while challenging feminist discourses favoring gender equity for all women. Her work analyzes how indigenous politics, practices, and identity formation are all profoundly shaped by social constructions of gender.

Lewallen’s current research investigates how discourses of science and politics shape development policy and impact indigenous sovereignty in transnational relationships between India and Japan. For her second major book, In Pursuit of Energy Justice: Embodied Solidarity in India and Japan, lewallen is focusing on how indigenous communities in India have sought to incorporate Indigenous knowledge in mapping development projects with Japanese ODA funds. Indigenous communities in India describe such models as rooted in “energy justice” rather than extractive industry, and struggle to incorporate these through solidarity networks with Japan’s civil society.

lewallen has lived in urban and rural Japan since 1994 and has worked closely with the indigenous Ainu community in Hokkaido as an engaged anthropologist and advocate during the last decade. During 2016, she was in residence at Waseda University’s Graduate School of Asia and Pacific Studies and in 2017, at Jawaharlal Nehru University Center for Studies in Science Policy. Her research has been generously supported by the Social Science Research Council’s Abe Fellowship, the Fulbright Program, the Hellman Family Fund, the UC Center for New Racial Studies, Japan Society for the Promotion of Science, the Japanese Ministry of Education,  the Northeast Asia Council and the Japan-U.S. Friendship Council. 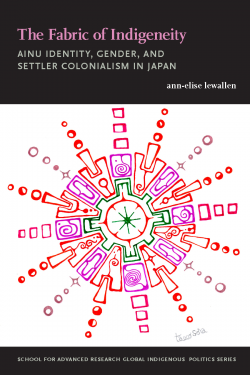