Takashima Talks: The Democracy That Society Allows — Protest Sounds in Japan and the US 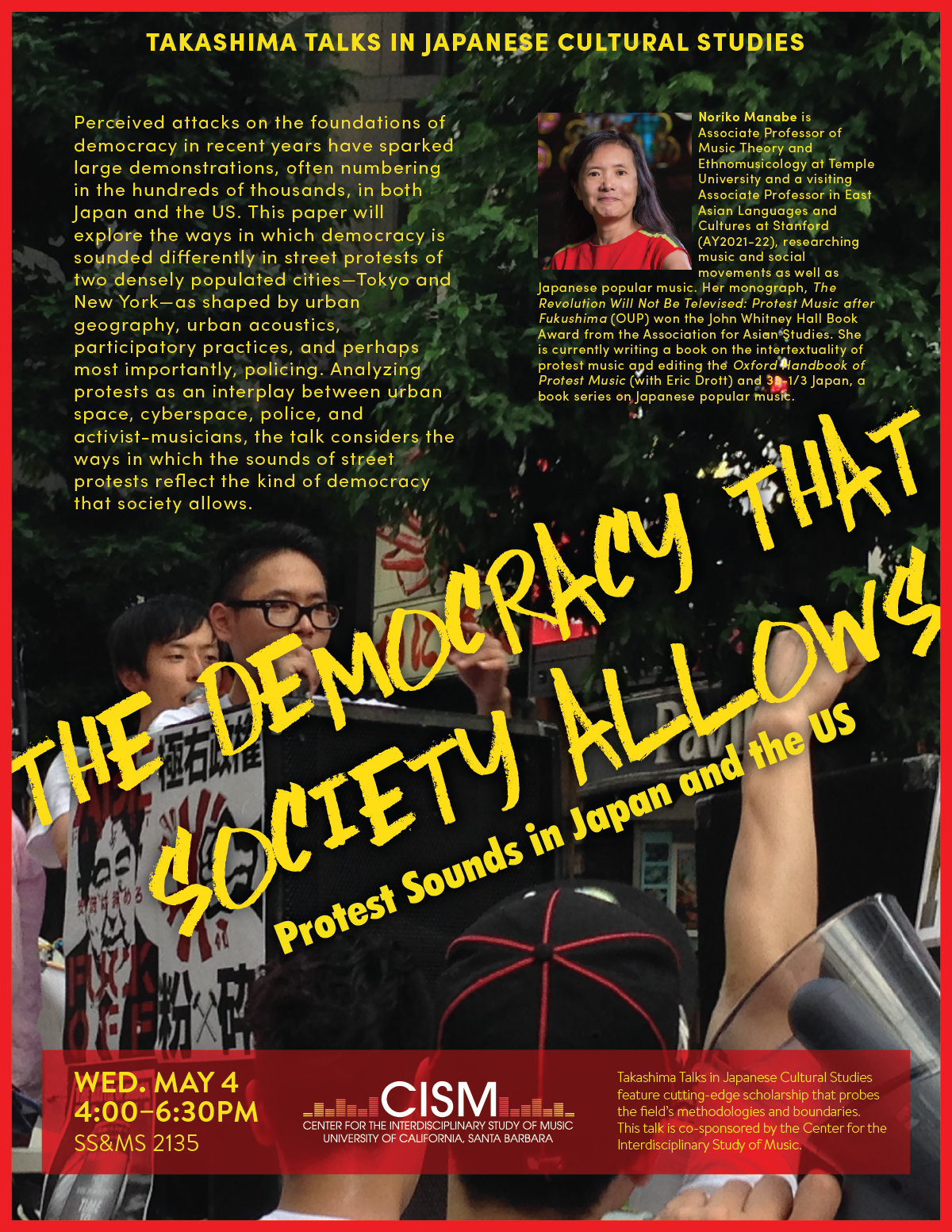 Takashima Talks: The Democracy That Society Allows — Protest Sounds in Japan and the US

Perceived attacks on the foundations of democracy in recent years have sparked large demonstrations, often numbering in the hundreds of thousands, in both Japan and the US. This paper will explore the ways in which democracy is sounded differently in street protests of two densely populated cities-Tokyo and New York-as shaped by urban geography, urban acoustics, participatory practices, and perhaps most importantly, policing. Analyzing protests as an interplay between urban space, cyberspace, police, and activist-musicians, the talk considers the ways in which the sounds of street protests reflect the kind of democracy that society allows.