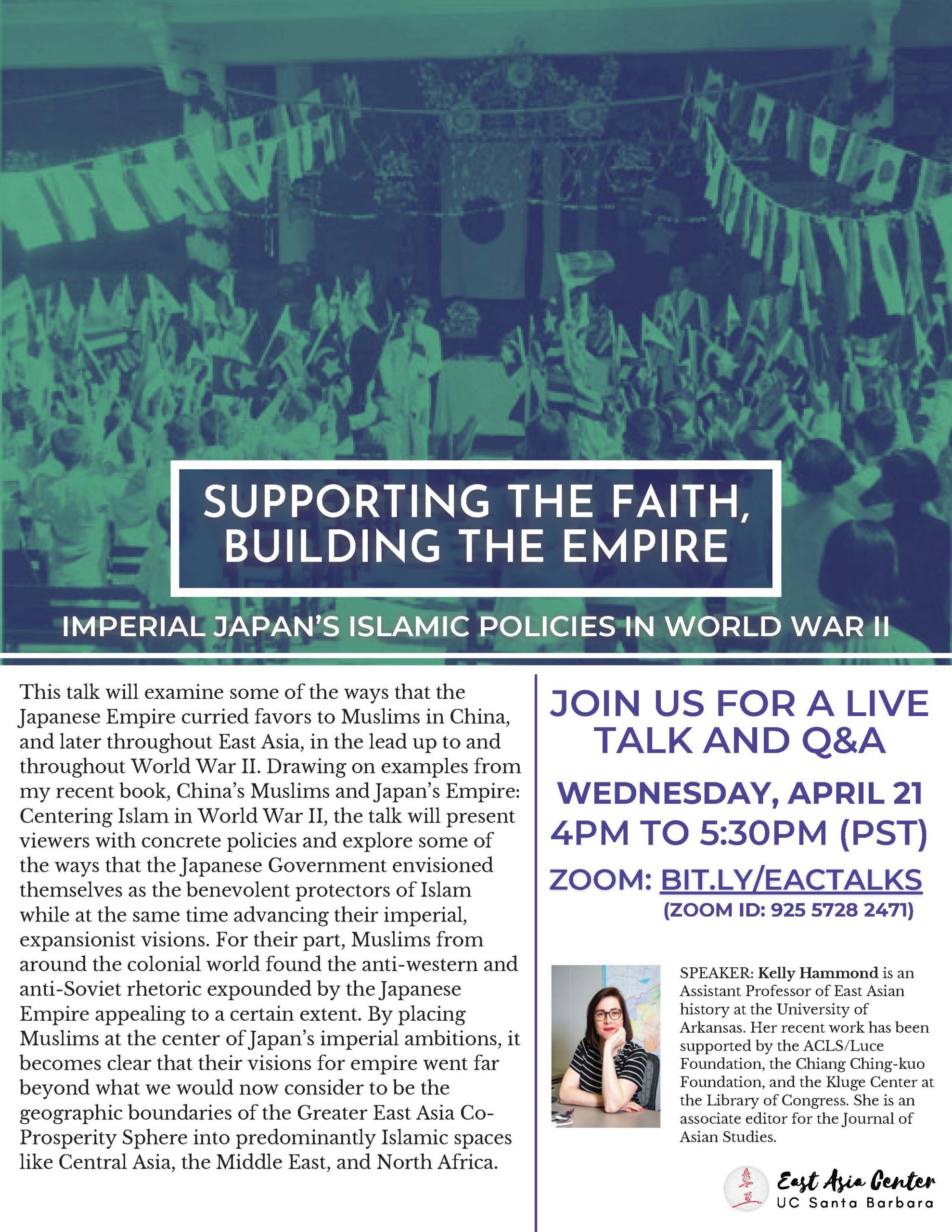 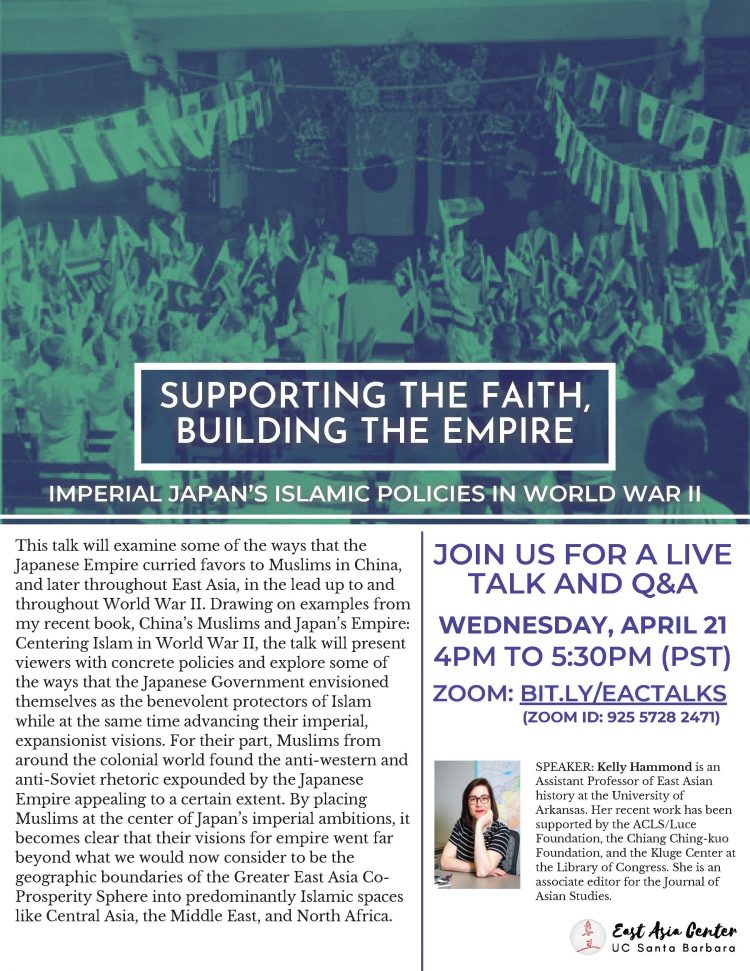 This talk will examine some of the ways that the Japanese Empire curried favors to Muslims in China, and later throughout East Asia, in the lead up to and throughout World War II. Drawing on examples from my recent book, China’s Muslims and Japan’s Empire: Centering Islam in World War II, the talk will present viewers with concrete policies and explore some of the ways that the Japanese Government envisioned themselves as the benevolent protectors of Islam while at the same time advancing their imperial, expansionist visions. For their part, Muslims from around the colonial world found the anti-western and anti-Soviet rhetoric expounded by the Japanese Empire appealing to a certain extent. By placing Muslims at the center of Japan’s imperial ambitions, it becomes clear that their visions for empire went far beyond what we would now consider to be the geographic boundaries of the Greater East Asia Co-Prosperity Sphere into predominantly Islamic spaces like Central Asia, the Middle East, and North Africa.

SPEAKER: Kelly Hammond is an Assistant Professor of East Asian history at the University of Arkansas. Her recent work has been supported by the ACLS/Luce Foundation, the Chiang Ching-kuo Foundation, and the Kluge Center at the Library of Congress. She is an associate editor for the Journal of Asian Studies.